Just how much do you know about KPNP?

The well-known Taekwondo brand KPNP, is preparing many improvements that will change completely the way of a competition environment for everyone’s comfort.

KPNP is a brand well-known to Taekwondo competition players all around the world and is best known as a manufacturer of Taekwondo PSS. Ever since KPNP’s Electronic Body Protector was released to the Korean market in 2009, the protector has been used countless number of times in major international competitions through continuous research and development.

KPNP’s technology related to PSS is highly appreciated in Taekwondo market. This is because KPNP operates its own research facility and developers committed to incessant efforts for product development and supplement. The technology applied to the one and only flat surface sensor evenly detects hits to the entire torso and the development of a multi-channel mode, which frees even wireless communication from interference, contributes to efficient game operation.

May it be that this series of progress and achievement is acknowledged? Early this year, KPNP was honorably selected as the developer for the next-generation smart electronic protection scoring system which is a project jointly operated by the World Taekwondo and Korean government. While the Korean government will support budget for the next-generation SPSS system to be developed during this 2-year project, the World Taekwondo will endorse the system as the official standard.

As such, KPNP is a company seated in the leading position in the electronic body protector industry in all areas including sensor and communication technology.

However, it is only a few years ago since KPNP was spotlighted for having developed integrated competition operation system from the early stage of its establishment. Even now, this is spread through word of mouth of Taekwondo organizations or concerned parties who have experienced KPNP in major competitions. 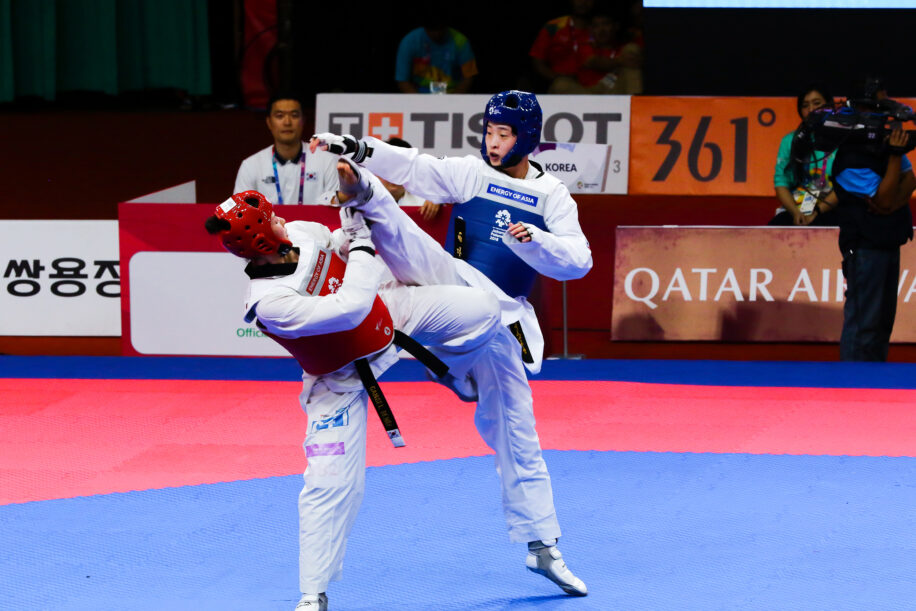 KPNP has developed its own integrated competition operation system called KIRAS and completed the system as a total sports event solution. The aim here was to overcome various issues that arise from the existing approach of linking different technologies from different companies. This solution is a massive program with a mix of software and hardware combination, encompassing all the elements in Taekwondo competitions from player registration to final awards ceremony as well as any activity in between.

The system is designed in a way that partial changes can be made to facilitate its applicability to sports events other than Kyorugi, Poomsae and demonstrations. Various technologies are also contained in the system including image analysis and data building for all the games.

Furthermore, KPNP has been a steady supplier of uniforms, garments, protective gears, etc. and all sorts of products used in Taekwondo and other similar sports events. Being the one and only company officially approved by the World Taekwondo for all products, KPNP has secured various distribution channels in Asia, the Americas, Europe, etc.

These achievements are priceless results created by KPNP’s corporate philosophy to reinvest profits back into the company.

In addition to the development of a ‘smart electronic scoring system’ with perfect communication and accurate scoring, KPNP is currently fully geared up to develop a mammoth-scale online platform for operating non-contact games to satisfy both spectators and media.

The Taekwondo is about to give a huge step after Pandemic, and it will come with great improvements from KPNP for us to enjoy of our beloved sport.